Sculpture 30 is sure flying over fast – we’ve had an absolute blast so far and we are certainly ramping it up over the Summer.

Our March Sculpture 30 artist of the month has been Ed Carter;  Ed is a real creative, he’s an artist, a maker, a sculpture, an inventor, a musician, a DJ and an innovative visual artist.

We were lucky enough to host a one off exclusive exhibition, right here in Gateshead in our Gallery space at Gateshead Central Library. The exhibition was called “Scale” and ran for just over a week from 17th March.

Ed presented a new sculpture and sound installation inspired by the architectural approaches to scale, reflecting and exploring the gender imbalance seen within the industry and raised imperative questions about the potential consequences for the built environment. 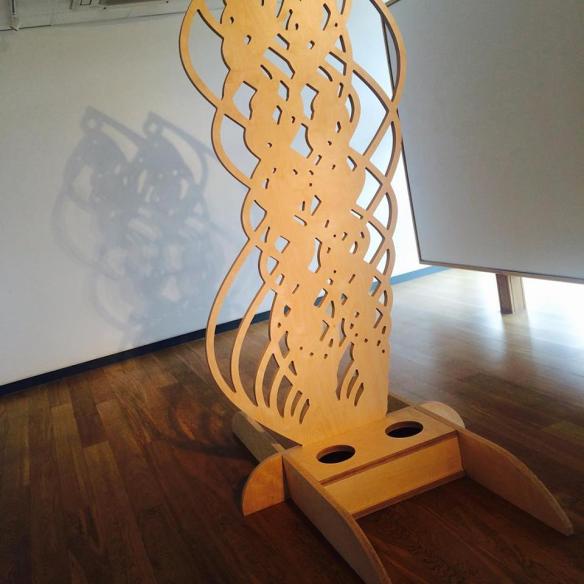 The visual piece and the accompanying sounds created a real sensory feast for visitors. Our such visitor Mark, voiced his experience of the exhibition;

“Relaxing, transfixing, mesmerising – this installation is sound-art at its most fascinating and mood-shapingly satisfying! Ed’s study and use of sine-waves and the extended, but stylised human form, at once induces emotional response; you can’t fail to be moved by this superbly minimalist installation! I will visiting every day for my tranquillity fix!”

Ed also visited our Gallery space on the 19th March, to meet and greet exhibition visitors providing an informal commentary on his work, the exhibition and practice. I can assure you, as a culture vulture, taking in an exhibition is one thing, but having the actual artist there with you to talk through their inspiration takes exhibition viewing to a new level.

Ed Carter devises and creates interdisciplinary projects that are context-specific, with a focus on sound, collaboration, process and technology. He takes patterns, associations, rhythms and chronology, and uses these to form the structures of new site-specific projects.

And if you’re from the North East, you will certainly know a recent project of his; Flow.

Flash back to 2012 and you may remember on the Newcastle Quays, there was Flow, a tide-mill – a floating building on the River Tyne generating its own power using a tidal water wheel. The building housed electro acoustic musical machinery and instruments responding to the constantly changing environment of the river, generating sound and data. It was a little haven of magical calm! 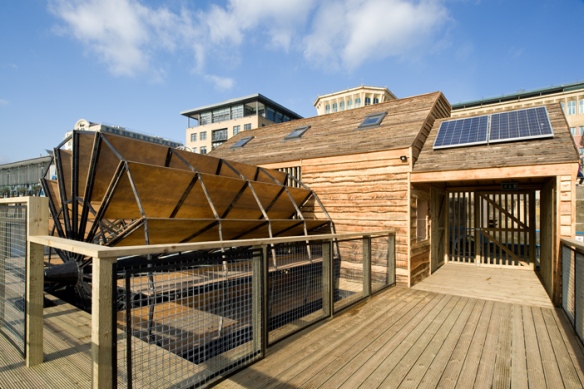 Over 40,000 people visited the free-to-board artwork, which was moored on the Newcastle quayside from March-September 2012, created as part of Artists taking the lead, one of twelve large-scale public art commissions funded by the UK Arts Council celebrating the London 2012 Olympic and Paralympic Games.

I used to visit Flow all the time, as part of my ritual long summer walks along the Quayside in 2012 and it was an absolutely magical piece of interactive Art. Everyone’s experience of ~Flow was unique, as the instruments responded directly to the ever-changing state of the river.

Working as music composer and producer alongside creative visual studio NOVAK, ‘195 Piccadilly’ was a large scale projection onto the BAFTA building, commissioned as part of the inaugural Lumiere London festival. Lumiere London was attended by in excess of 1,000,000 people over the course of its 4 days. 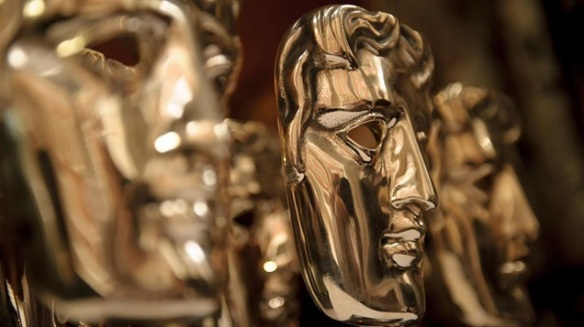 Exploring the different genres of cinema and television using images from BAFTA’s archive, the overall aesthetic refers to the origins of 195 Piccadilly as the home of the Royal Institute for Painters in Watercolour.

If you’d like to find out more….BAFTA did a short podcast about it:

A current project of Ed’s is his exhibition at the Lowry; Barographic is a site-specific composition project, creating graphic scores from atmospheric pressure data, and using the architectural form of the venue as an animated, 3D sequencer.

The process reflects on different approaches to interpreting the built environment (and the manner in which architects invoke a sense of rhythm and flow through their designs), and captures something that represents our perception of ‘atmosphere’ – something less tangible, but central to our experience of public spaces.

If you’d like to find out more about this current work, Ed did a brilliant interview about it for 6 Music, so have a listen! Or even better, Culture Vultures, if you have the opportunity, why not go visit it!

I’m sure Ed has other fantastic projects lined up, but one to note is he is a speaker for The Manchester TED Conference! How exciting – I’m a big fan of TED.

Over and out Sculpture 30 Artist of the Month; Ed Carter. It’s been a pleasure!