I’m off to Lindisfarne Festival next weekend, 29th August – 1st September for the ultimate end of Summer party on the Northumberland coast; born out of the desire to create something special for the North East, Lindisfarne Festival came to life in early September 2015, when a 2000 strong crowd descended onto the glorious fields at Beal Farm to experience a weekend like no other. Now into 2019…this lush independent festival is growing year on year – there are still tickets left (less than 400) so you can still join the party.

Being the Culture Vulture means I get to meet and interview absolutely amazing creative folks – it gives me a total buzz. Folks who are passionate, doing exciting lush things and full of ambition to make a creative mark on the world. For 2019 Lindisfarne Festival ran a Musicians Against Homelessness Unsigned band competition – those who follow social might remember a post, I did about the final short list encouraging votes. Check out the short list, as all of the folks are mega and that’s what festivals are truly about to me…. Discovering new music and shaking myself out of my usual Spotify playlist comfort zone.

MAH put on 100s of gigs & festivals across the UK, creating opportunities and spaces for up-coming talent to play and raise money for homelessness services. Now that’s a double bubble of Culture Vulture love right here, as I’m all about champion independent new talent alongside advocating for positive social change through using my voice. Homelessness is a real issue – I was totally humbled by the recent exhibition across Newcastle “History of Homelessness” – especially when moving from venue to venue, homeless folks were in doors all over the city being ignored and their stories unheard so projects like MAH are imperative.

The winner of the MAH competition secured the opportunity to perform at Lindisfarne Festival 2019 on the bliddy main stage……which for an up and coming musician/band is an amazing opportunity to play to thousands! I was super excited when I heard the winner – he was one of my short list faves and I’ve had the pleasure of interviewing him this week, before his Lindisfarne main stage shenanigans….

So let’s get this interview started…. Step right up ANTHONY VACHER & THE SILHOUETTES; you can catch Anthony on Friday at the main stage at 1.30pm. Look out for me fan girling at the front, thrashing my elbows around and stomping my feet (a.k.a. “dancing”)……

Singer-songwriter Anthony Vacher has been a familiar name on the North East music scene for some time. Often accompanied by his trademark ukulele and accompanied by his band The Silhouettes; his songs are as beautiful as they are honest but with a real zest for life that fills the heart with joy. He’s also got a LOYAL social media and fan following which have surely helped him to win this competition….

Tell me about your journey into the music scene – when did it all start?

I launched my solo music roughly 2 years ago when I released my first single I Don’t Wanna Wake Up. The legends at Punch-Drunk Comedy who are also at Lindisfarne gave me my first stage to perform on, opening before the comedians play, and it wasn’t long after that I won a competition to play at the O2 and I knew I needed the band behind me to make the shows a much better experience. They’re more just my good mates as opposed to my band because I make nowhere near enough to pay them – hahaha. Chris has been with me from the start but Dom and Gary have just recently joined me.

So they do it for the love! Sum up your music in three words?

Really tough one cause there’s quite a lot of variety between the full band and acoustic stuff! I think I’ll go, energetic, fun but emotional.

Sounds like you’ve described my life so far…. Can we listen to your music pre-fest to get in the mood?

Of course! You can find me on all streaming services, Spotify, Apple Music etc, or just head over to my facebook/twitter/insta/whatever your preference is and you can find stuff there too!

What made you enter the Musicians Against Homelessness Comp?

I’ve followed MAH on social media for a while and I only saw the competition on the final night! But a chance to play at Lindisfarne and work with Musicians Against Homelessness was something I couldn’t not apply for.

Aha a last minute larry, a man after my own heart! Why are projects like MAH important?

Homelessness is a huge and growing issue at the moment, and what MAH are doing is incredible. Simultaneously helping homeless people whilst giving upcoming artists huge opportunities to grow, it’s quite simply amazing.

How did it feel being shortlisted and then seeing the love for you on social media?

It was crazy really, but if I’m honest I had totally forgotten about it! I was just sat at home at the time and saw that MAH had tagged me in a post, and I was like, huh? Then when I looked at it and saw we’d been shortlisted, and it was to play on the main stage, It felt mad! I instantly messaged the lads and we all got hyped up and knew we had to win this.

I’ve actually been away from playing music for a few months due to illness, but seeing that I still had so much support after all that time out was a feeling I simply can’t explain. The amount of shares, comments and people passing the link around was something I’m so grateful for.

Well I was one of the folks championing you – I hadn’t heard of you before the competition shortlist and now you’ve got a firm fan! What did you do when you found out you won and you’re playing the main stage? What went through your mind?

The first thing I did was ring my Mam hahaha! There was a day between the competition ending and them announcing the winner so I actually thought we didn’t get it as we’d heard nothing. I woke up the next day, opened my laptop and the first thing I saw was a picture of my face saying we had won and I went crazy. Great way to start a day!

Happy dances a hoy! What can festival goers expect from your set?

This is a massive opportunity to play in front of a lot of people who have highly likely never heard of me before so we have to put absolutely everything into it. We’ll be playing a mixture of full band & acoustic tunes, so something for everyone! 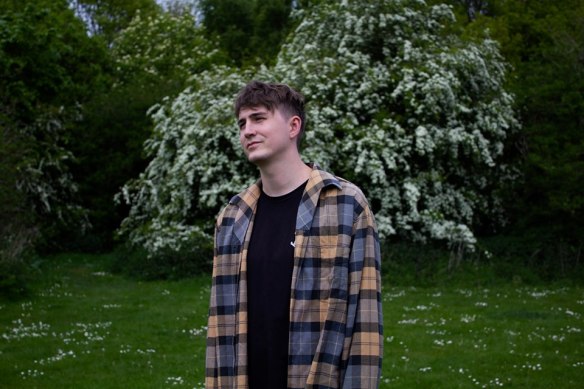 Well I’m really looking forward to it and your set. Festivals are all about discovering new music and stepping outside of your comfort zone – is there anything on the festival line up that you think “I might go see/do that!”?

Lindisfarne has a tonne going on. Comedy, street art, even fire walking! I’m planning on making the most of it and catching as much of everything I can!

Who are your top three fellow musician ‘must sees’ at the festival…the line-up is a cracker this year so I know it’s hard to choose?!

The line-up really is amazing this year, so I’m going to avoid the obvious ones and plug some smaller musicians/friends haha!

I’ve only ever played more local festivals which are a tonne of fun, but Lindisfarne will be my biggest to date. I used to work at music festivals too so I’ve been to most!

Do you have any advice for fellow festival goers?

Yeah, come see us play! But really, just enjoy yourself. There’s so much going on at Lindisfarne so try to catch a bit of everything. Head over to the smaller stages every now and again, go see a bit of comedy, try something new like fire walking or yoga.

Forget what the weather may be, relax or get drunk, whichever you prefer, but pretty much just forget real life for the weekend and enjoy yourself.

If its sunny get yourself a fruity cider, goes down perfectly!

Are you staying the full weekend? If so I hope you’re embracing the Viking theme and expect mega outfit!

Sadly due to other commitments the band and I can’t stay the full weekend but we’re staying the full Friday! To be honest I wouldn’t make a very convincing Viking, I have a total baby face and I have tried but can’t grow a beard to save my life!

What’s next for you after Lindisfarne fest? Where can people keep in touch with you post Lindisfarne?

I only have one show lined up following Lindisfarne which sadly I cannot talk about yet! If you follow me on all my social media links then you’ll hear about it very soon:

Mainly though, I recently released an acoustic EP, and now we’re planning on recording a lot more music in the very near future so keep your eyes peeled for that too!

Well thank you Anthony, you’re totally mega! Absolute pleasure to see and meet an upcoming musician – I’m excited to see what he does next!

Tickets for Lindisfarne down to the final few hundred so nab them quickly….. http://www.lindisfarnefestival.com