Colin Rose has been one of my favourite Sculpture 30 artists so far; he’s very down to earth and a hands on creative, which to me makes the often intangible creative process into something quite real and tangible. He also tells fantastic stories that go along with his Art and the positioning of each piece, which I could happily listen to all day.

Those of you, who pop into the Gallery at Gateshead Central library, may have caught his recent exhibition; charcoal earth paper.

This body of work was inspired by his use of earth, charcoal and time in Australia. The pieces forced on every objects of little beautiful, that he has captured within rich drawings, making them so intrinsically beautiful and interesting to look at. 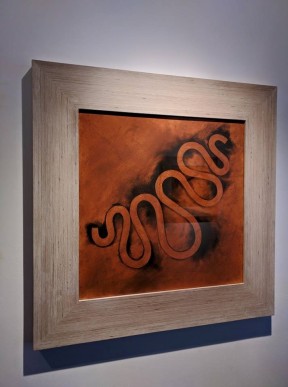 I spoke to several people who viewed his exhibition and the general thematic questions arose “who is Colin Rose?” and “where can I see more of his work?”. Such questions are surely a good sign……so this blog post is about just that; I’m going to tell you who he is and the local pieces you can go and view!

Colin Rose is born and bred in the North East; like myself is a Northumbria University Graduate and is passionate not only about the “doing” side of Art but also the teaching side having held a variety of positions at local Universities. His work transcends different artistic mediums and materials; from rope work, to metal, to drawing, to toy trucks, to engineering feats of sculpture…..

I joined him on his recent Sculpture Tour on Saturday 18th June to view and find out more about his Public sculpture works in the region….

Our first stop was Window; local Gateshead folk will recognise the piece from the Bensham area on Rawling Road.

Window was commissioned as part of a regeneration project in the area and interestingly, irrespective of its size and dominance, very much blends into the urban architecture of the area. To me, at least someone born in 1985, it has always been there and I can’t imagine the space beforehand.

Colin talked through the process of erecting such a piece; his love for Sculpture doesn’t just focus on the planning and making part, but also the “how on earth are we going to move this piece and get it into position???”. Apparently such problem solving trials have involved driving several cars into the ground……

Window is very much inspired by sound and form and for me, even just knowing the name “window” automatically shaped my view of what it represented; a window into Bensham and Gateshead. Colin purported his preference of hearing other people’s take on the sculpture and what “thing” they think it is before expressing his inspiration.

And of course, he is quite right….. we all put individual meaning onto things, that can be radically changed once the artist states what it is. That’s another reason I like Colin, his love of listening to others and his “realness” about his art. I tend to find people try to see meaning in Art, sometimes beyond meaning that is actually there and full of metaphor….. sometimes a box can in fact just be a box and still be as brilliant.

The next piece we viewed was Swirl, which is on the Gateshead Quays, just behind Baltic. Swirl is another beautiful metal piece of sculpture that just perfectly “fits” with the surroundings. So much so, I assumed that Colin must have known about the wider developments of the area when he was commissioned to do it, but in fact he was unaware and responding to the surroundings pre-2010. It has a very strong sense of belonging. 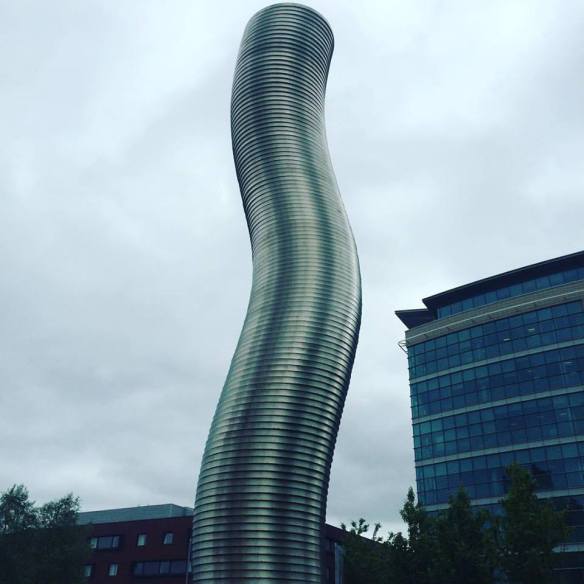 What I love about Swirl, is that it is a piece that has become a part of people’s daily lives; my office was close by at the Northern Design Centre (there are lots of offices in Baltic Square) and people like myself often take time out of the office environment to each lunch there or even host a meeting by Swirl. Skaters skate around it and on it, students from Gateshead College sometimes sit doing their work next to it, it has become a prime wedding picture location for those having their party at the Baltic and it is a visitor hot spot on the Gateshead Quays. Swirl is the definition of accessible sculpture…. 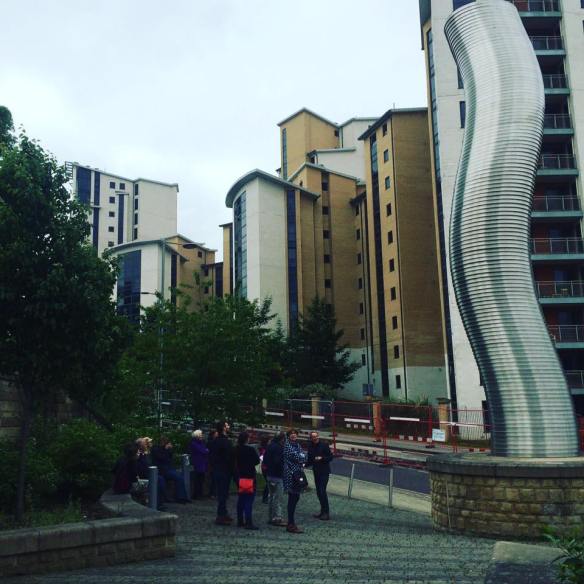 In addition, I love that Swirl has been named by so many people; becoming a representation of what they visually see it as; the vortex, water down a plug hole, leaning tower, metal thing, stairs, like a slinky, stack of silver coins (my name!)…..maybe you have your own name for it too.

Interestingly it’s made using the same method as the statue of liberty with a central copper core that keeps it upright and balanced. The engineering feat of this piece is not a mistake, as Colin a sculptor who describes himself as “going against the grain”, decided against pursuing a career as an engineer and swapped into Fine Art, something that was quite controversial at the time. However, his experience as an engineer is very dominant in pieces such as Swirl, as his design is enabled through industrial, hands on experience.

The third piece we visited was Rolling Moon, in Riverside Park on Gateshead Quays; this sculpture is another feat of structural engineering. It was commissioned for Glasgow Garden Festival before finding its home in Gateshead.

The piece represents the tide pulling back and forth the moon; when you look up at the piece it is difficult to understand how on earth the “moon” stays on us there. 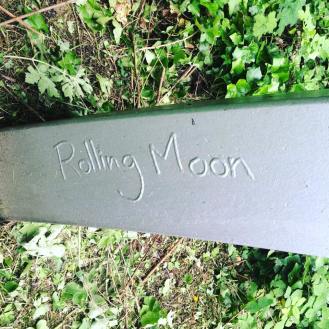 Moreover, I think the piece has especially symbolic significance to the area; not only does it show the regeneration of the Riverside area which was in decline for some time but also the period pre-Angel, where Gateshead was beginning to position itself culturally and making great steps towards the vibrant Gateshead we know today. 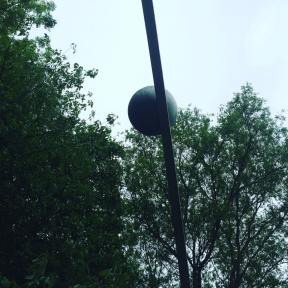 The final piece on our tour was Wriggle in Saltwell Park. I live along the top of the Park and walk through it most days to get to and from work and I can honestly say, I’ve never noticed this piece; a true hidden gem. 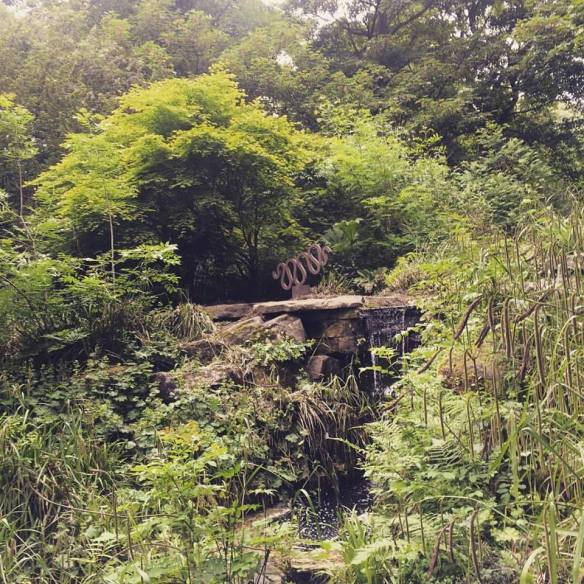 It sits down towards the stream area on the rocky area of once of the waterfalls and is inspired by the river and sound waves. It sits perfectly within its natural surroundings and the fact, it rusts a bright reddish colour, creates a colourful contrast on the green foliage.

If like me, your appetite to see more Colin Rose pieces remains, you can visit Cheeseburn during one of their open weekends as he has three pieces sited across the grounds.

So back to the present….I will be lurking (a favourite hobby of mine) with Sculpture 30 Artist of the Month: July, Gilbert Ward this coming Tuesday….come and say hiyerrr! Hopefully the sun will shine!